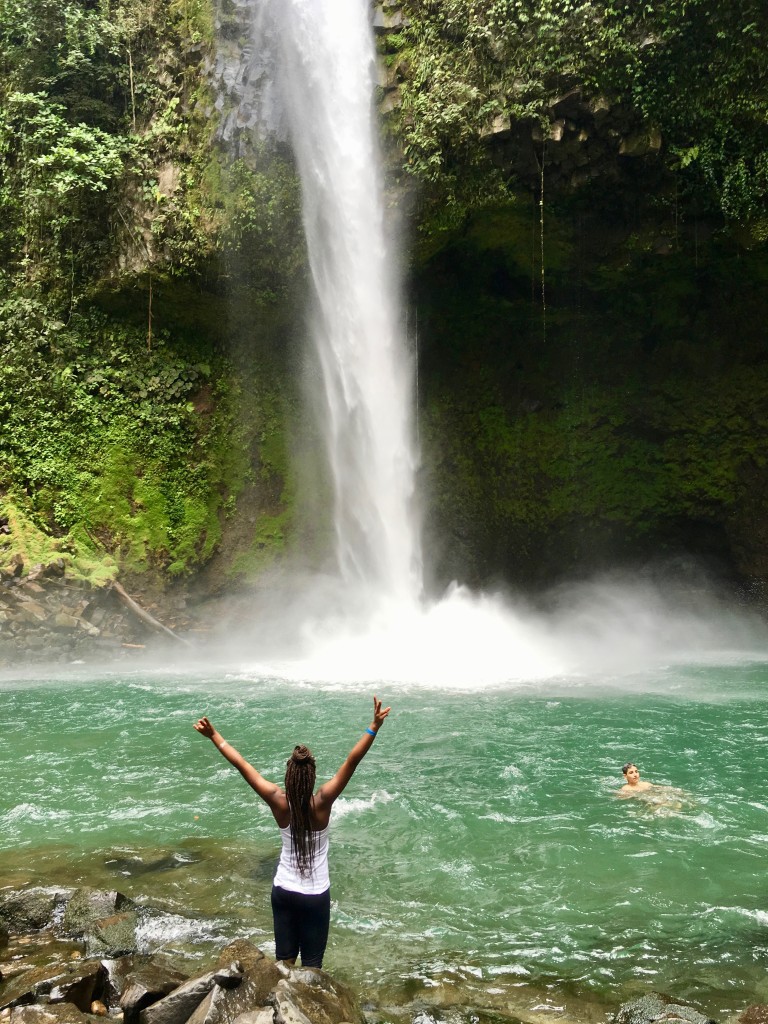 Finally, I made it to Costa Rica!  I wanted a mix of adventure, relaxation and luxury. This entry is about 3 months late but better late than never. The itinerary that GFK put together for me accomplished that. First deciding where to go in Costa Rica is such a tough decision we knew that Arenal was a must see but we were torn between Guanacaste and Manuel Antonio. Because of logistics we ultimately decided on Guanacaste and Arenal.

The first 3 days we opted to stay at Secrets Papagayo Guanacaste. We wanted an all inclusive experience because let’s face it traveling for food all the time gets pretty annoying. This stay would’ve been 4/5 star  if it wasn’t for one thing – the water!

All the restaurants were good except the Japanese restaurant. This was the worst Japanese food I ever had. The only redeeming meal was sushi- at least they got that part right. For 3 days we enjoyed the amazing private black sand beach, all the activities. We did almost  every activity on schedule from the shooting range, water color class, cooking class (I learned how to make a nice ceviche), and mixology class (I’ll figure out how to embed the video of me flaring on this soon lol). So let’s get back to the water. The first day I arrived while brushing my teeth I immediately noticed a bitter taste. While taking a shower the soap wouldn’t lather and after my skin was white and chalky.Like this was next level ashiness, actually  I wouldn’t even describe it as ash it was just some weird residue. The next morning we went to Guest Services and they told us the entire resort had this issue because of their water supplier. So we pretty much had to stock up on water bottles to brush our teeth and wash our face which honestly put a damper on the stay. Unless they get the water supply issue together skip this place altogether.

After our stay at Secrets up we made our way to Arenal.  I knew it was a 3 hour bus ride but I wasn’t aware of “the process.”  I thought it would’ve been a straight shot but we had about 3 transfers. Using Grayline services a small van picked us and after a  45 minute ride we were transferred to a bigger bus.  We were on that coach bus for about an hour before we made a final transfer at Panama Highway. From there we were in a smaller private car on a very windy and rocky road to Arenal.

We stayed at Nayara Springs in Arenal. By far this is best hotel that I’ve stayed it was truly 5 stars and the best place to unwind. We had an amazing view of the volcano and a Jacuzzi  on our porch. Even though the hotel wasn’t all inclusive what I loved about it is that I didn’t need to leave the grounds  to use the hot springs. The way the hotel is designed you’re essentially right in the jungle surrounded  by wildlife.  We were nestled in the jungle but I didn’t necessarily feel like I was intruding on wild life (yea I know).

For our day excursion we did the 3 in 1  Ecoterra tour which included  a tour of the hanging bridges, La Fortuna waterfall and lunch. If you go- book your spa day on as soon as you get there. I missed out on the spa from booking too late.

So, a few quick highlights of the tour.

Hanging Bridges- We had an amazing tour guide (forgot his name) and was able to see some animals in the jungle from monkeys, tarantulas, snakes etc. Here’s the thing about the hanging bridges if you have a fear of heights it might be a bit daunting. I got a little shook on our  tour when there was sign saying 10 people max. Just as our group was about to cross another annoying group from the other side started crossing at the same time. Mind you my palms were sweaty from the other 5 bridges that we crossed because someone  were purposely shaking it.  So now we have 20 people crossing at the same time and I legit thought that could’ve been my last day because I thought the cables would snap. 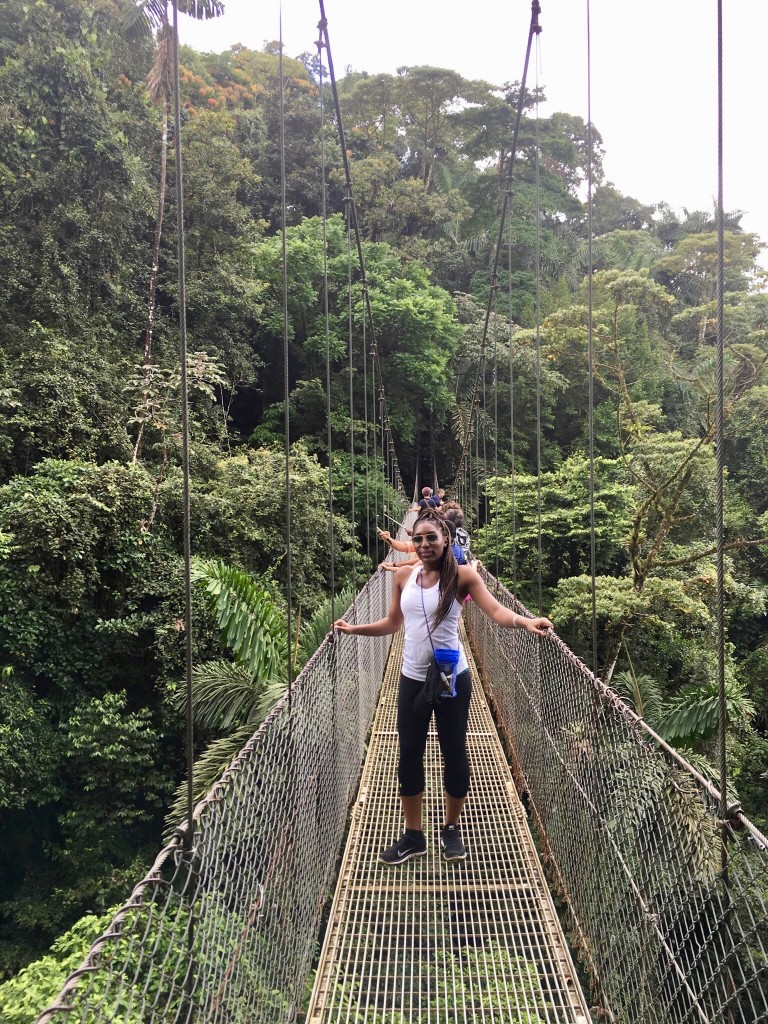 Waterfalls – Is not for faint of heart!  There was about 500 steps to walk down, no problem. Baby, that walk back up I was drenched in sweat!

Costa Rica was definitely worth the trip over Labor Day weekend. When I go back I’d like to explore the Caribbean side and Manuel Antonio.