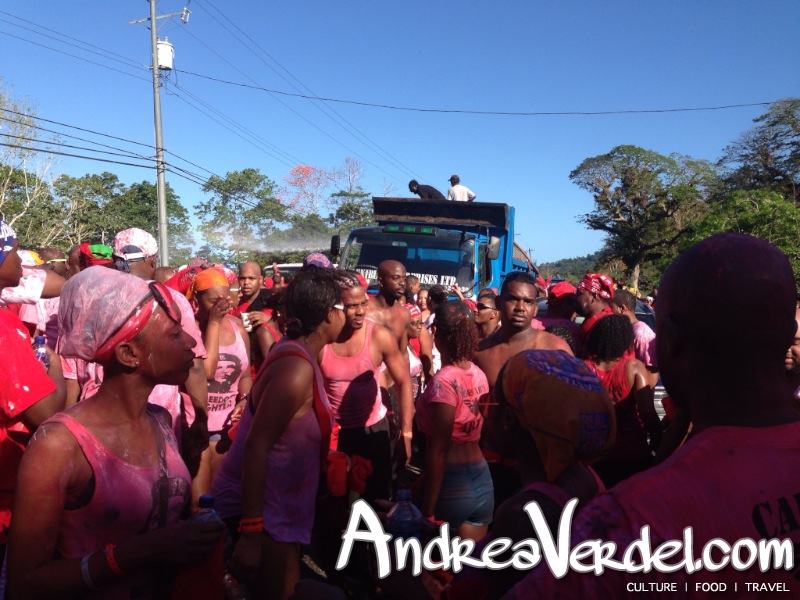 It’s only February and you’re probably thinking I’m too hasty with this proclamation.However I doubt there will be another fête in Brooklyn, Toronto, Miami, Barbados,London, wherever whenever that will rival the EPICNESS  that is AM.BUSH! Well unless there’s another AM.BUSH in any of those locations.   Caesar’s Army is the alternative j’ouvert concept- a  j’ouvert experience on Saturday morning. J’ouvert (day break) is traditionally celebrated  in Trinidad on Sunday morning (2AM)  into the hours of Carnival Monday  (10 AM). Three things that come to mind with this fete: paint,water & powder. Am.Bush is nothing but vibes,words cannot even begin to describe this experience.

My Friday night began at the International Soca Monarch competition. I actually  slept  through several performances during the Power section. In all fairness I was preparing  myself for Am.Bush since I did not sleep at all on Friday. After Super Blue’s winning performance we quickly exited the stadium and headed to  Chaguaramus. 4AM Saturday morning, our cab driver is lost on an eery pitch black road! Not gonna lie, it was creepy as f***k.  I have an overactive imagination so all the duppy,and lagabless stories came to mind as we were trying to navigate our way to the Am.Bush parking lot.I quickly GPS’d the meeting point on my phone and we were on our way. Huge sigh of relief when we finally pulled up.

At the parking lot, we boarded shuttles and were whisked away to an undisclosed location. We were really fêting in de bush! Nothing but bush, bamboo,and plenty eye candy. Exotic much. I quickly made my way to the bar to get the usual Johnnie and Gingerale but they were only serving vodka and rum. The two rum options were  Single Barrel and Puncheon. Because I valued my life I opted for  Single Barrel lol. Puncheon is Trinidadian rum with over 75% alcohol. Think next level 151 rum.  The DJS were on point (well at least the DJs on my Truck #3),and my cup was not safe! Paint and powder flying everywhere! I think I threw my drink out twice since paint got into my cup on several occasions. No wonder why they had the Cuervo shots readily available. If you looked too clean best believe that you were about to get splattered with red paint.

The trucks began to move at dawn. As I’m about to put my sunglasses on I see newly crowned Soca Monarch champ Super Blue on the mic performing “Fantastic Friday.”  De bouncing officially started!  But wait, it’s gets better! Sun is rising and the DJ drops “Differentology,” or so I thought until I see Bunji on the truck. I can’t make this sh**t up. Bunji singing our Carnival anthem, as the sun is literally rising. Those surprise performances was the cherry on top.

This fête is only for de anti-stush, savage crew. If you want to come to a party to pose and flex on Instagram, this is not the fete for you!  I arrived well polished and intact, left with powder, paint all over, and a battle scar (I face planted in the bush lmao). Yes I was the girl with absolutely no behavior.The water hoses came on around 9AM(?)  to clean up the paint on the ground and in this moment I almost lost my iphone in battle. Even though my phone was in a ziplock bag  I charged into the water to cool off. After realizing that my phone was soaked with water and could possibly be damaged for some reason I ran back into the water like a mad woman pulling my friend in with me.  My rationale at the time  is that if  the phone is dead I might as well continue on having fun. #LibationLogic.  Thankfully the life of my 5 was spared by the ziplock bag.

I got home around 11Am and after a few showers I was finally able to get rid of the paint on me.  From here on out I am proud to say I am a proud member of Caesar’s Army!

I’ll update this post once Caesar’s Army releases the video from that night/morning. In the meantime take a look at  “The Fog”  below which was shot at Soaka. Multiply the vibes from Soaka by a trillion and you’ll get a quarter of  2013 Am.Bush! 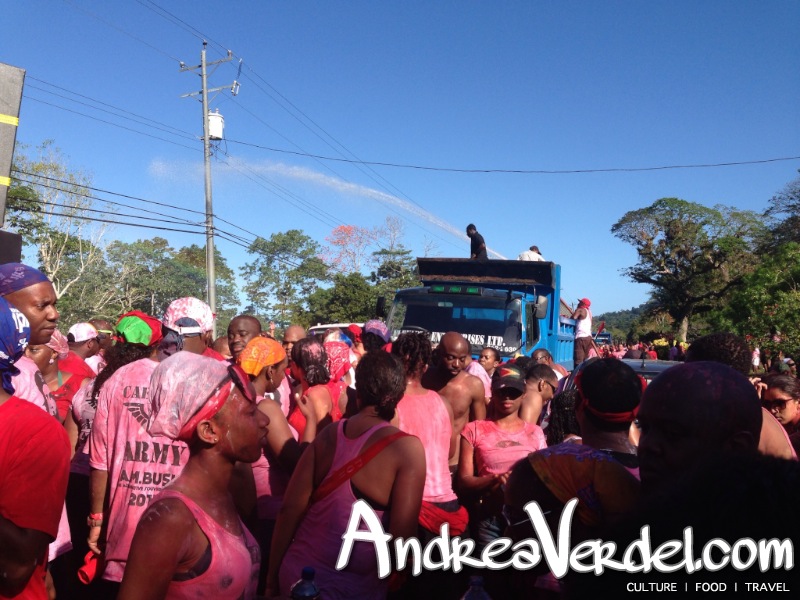 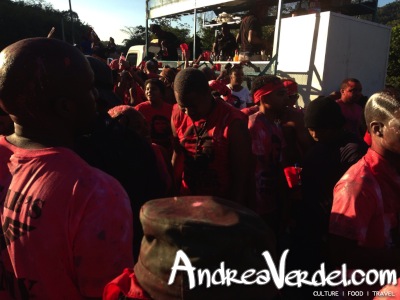 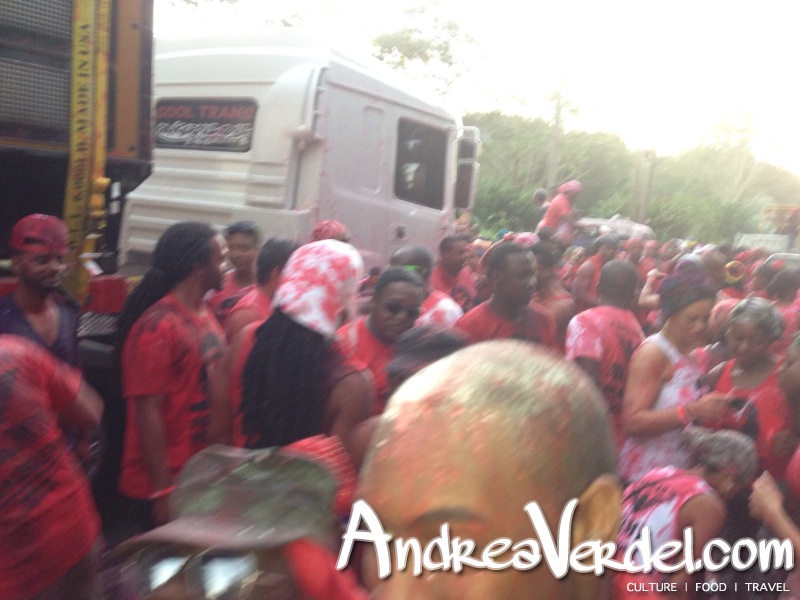