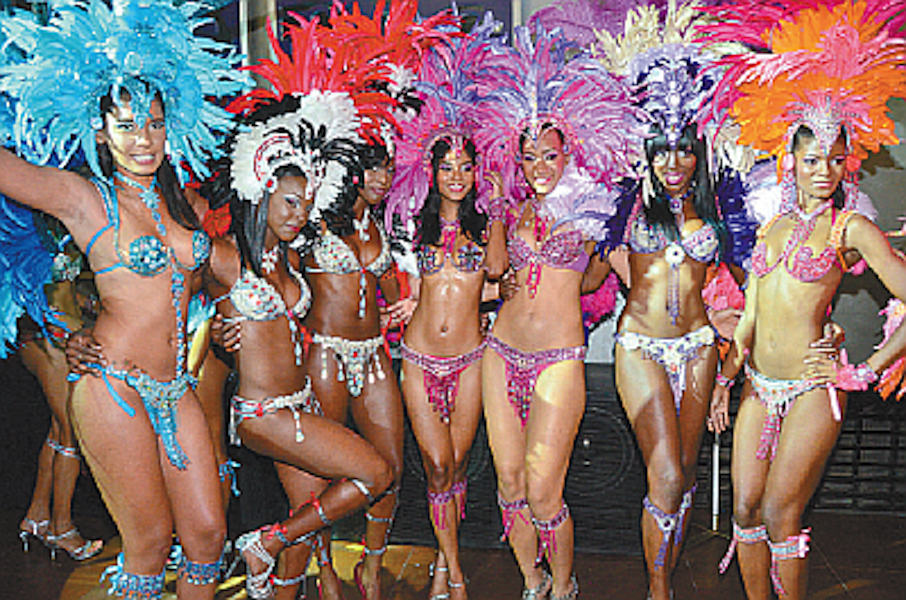 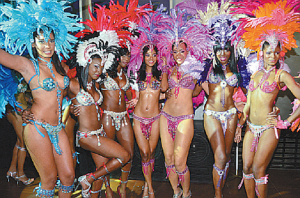 Band launch season is in full swing. Sections are being sold out, people are complaining that costume prices are TOO DAM HIGH. However while the masses are  getting excited for March 2014, a persistent little stink of  ugly keeps rearing its head…band discrimination

Yea I said it,DISCRIMINATION,dressed up in bedazzled  frontline  bra of “EXCLUSIVITY.”

It has  come to my attention that bands are fighting for the “it crowd” and are being selective on who they “allow.” Committee members want a certain look and social class to represent their band. To translate you can’t appear “rough.”  Under the veil of exclusivity some bands even hold  invite only private viewings and registration. Let Facebook commentators on the popular Trinidad Carnival Diary page tell it, the  defined “look” bands are chasing after ultimately comes down to a certain skin tone, and  economic standing (middle to upper class).

Many people justify this practice claiming it’s nothing more than a “marketing strategy,” after all brands are entitled to hone in on their target market right?

Many people fail to see it as such mainly because discrimination  based on a person’s physical attractiveness  has become a societal norm. Let’s face it to some (as crazy as it sounds), it’s not real discrimination so long as the “pretty people” from each race is represented right?  The aesthetic undesirables will just have to deal with it. This seems to be the mindset that allows this practice to occur.

A lot of folks are readily buying into this strategy because the privilege of being hand selected  validates their self worth. “Band X” chose me, “Designer Y” chose me to be in her frontline! We all tryna get chose right? I totally understand.

I’m not knocking you if that’s your thing but you’ll never catch the kid trying to feign acceptance from anyone.Carnival for me  is about letting yourself go, having the best vibes with NO pretenses. When looking for a band I only need three very SIMPLE things 1) good vibes 2)above and beyond customer service 3)abundance of top shelf drinks on the road that never run out. It’s that easy.

As much as Trinidadians claim that Carnival is about jumping up together as one, that in itself has become ironic.