It’s no secret that I ‘stan’ for Robert Nesta Marley so when folks reduce his legacy to “that rasta weed smoker”, annoyed is my most politically correct reaction for this sort of naive disrespect.

As a kid I’ve always heard Bob Marley around the house. When I was 7, “Crazy Baldheads” & “Who the Cap Fit”  made an indelible impression on me. My bobo shanti uncle played those records (yes on an old school 78s) repeatedly and did that rasta man dance scant (you know the whole hand in the air, jumping back and forth thing. If you go to the drummer’s circle at Prospect Park on Sunday then you’ve probably seen this). I didn’t understand what I was listening to or grasp the message, but I was drawn in by the melodies and chants in between music breaks.

Around 14/15 I was reintroduced to Bob through my cousin Junior (bobo shanti dread, ital lifstytle) who was living with us at the time. He would play Survival and Chant Down Babylon ALLL the time. Again, I loved the melodies, but as I paid attention to the lyrics everything started to click. I began to understand why  Bob resonated with my uncle, and cousin. Back then I was politically savvy to world issues more so than I am now (shameful I know) mainly because during this period in my life I thought I can effect change and make a tangible difference in the world. I  truly believed that by supporting certain organizations and causes I can actually put a stop to child soldiers, sex trafficking and the other issues I became aware of at that age. Wow, I was so idealistic back then. Now I’ve come to the realization that I probably would never be able to effect change on that scale in my lifetime. Defeatist much. I say all that to say this,  through music I felt like  Bob was empathetic towards my world view.

My favorite song from the Chant Down Babylon era is “Guiltiness” with Mr. Cheeks and the Lost Boyz.  Bob sings, “these are the big fish that try to eat down the small fish, they would do anything they to materialize their every wish.”  In the most  simplest statement  Bob was able to express so sweetly, a cold hard of ‘loss of innocence’  type fact: dominant culture will continually oppress the Other for their own self-interest and greed. Capitalism in a nutshell. It’s easy to see why his music has been used as  the theme song for global resistance movements. By sophomore year of high school I was officially a Marley stan. Bob Marley tees – yes I collected them; records, everything.

As a college freshman you’re supposed to adorn your dorm with posters, pictures and things that represents your personality. I proudly hung up my Bob Marley poster. Unbeknownst to me a lot of other kids plastered his face on their walls too. Though I think the intent for them  hanging this icon up was completely different. Many people assumed that I probably hung Bob on my wall because I like to smoke  weed. Wrong. As I came to find out later weed and faux-rebellion seemed to be the reasons why some of my peers were drawn to Bob and donned his tees. Walking to class I’d always see the famous pic of Bob smoking a spliff on  tee-shirts and I’d get slightly irked. Irked because, well I don’t know if they got ‘it.’

Yes I’m making a huge generalization here, but I think most of them can’t relate to Bob past his One Love type of songs -world peace, feel good, and weed. I wondered if they actually got his political critiques with messages of  Pan-Africanism, ousting Babylon system etc. These  privileged freshmen with limited worldviews of systematic oppression… I highly doubt they ‘got it.’ Perhaps they were more so intrigued with the mysticism surrounding Bob. Sure they may understand his music, but whether they feel it,  I doubt it. I say this because most were oblivious/ had a hard time acknowledging  certain structures at play designed to keep dominant culture in their position of power. If you have a hard time acknowledging this fact, I seriously question how you’re able to relate.

So the  Marley movie  hits theatres on 4/20 aka National Weed Smoker’s Day.Perhaps it’s fitting since Bob said: “the more people smoke herb, the more Babylon fall.” From a promotions/marketing stance it makes sense for this release date. I won’t lie initially I was a bit disappointed the studio/ The Marley family chose this day;partly because I’m frustrated and beginning to worry that Bob Marley’s legacy is being overshadowed by weed. This man was and STILL IS the voice, and champion of oppressed people worldwide!

I did a quick word association with some peers. I asked them to say the first word that comes to mind when they hear Bob Marley. Four out of ten people said weed. Even though it’s only four people,four is too many for me. I’d have no qualms about the movie release on 4/20 if the importance of his message held the same weight as his perceived weed head persona in pop culture. At 7, I didn’t have a firm grasp on Bob but I knew he was an iconic figure to my uncle because of the “struggle.” No idea what the struggle was either, but I knew that it was meaningful. My fear with his legacy is that his ‘weed persona’ will become a top of mind association for people that are unfamiliar with his music. When you hear Whitney Houston- you think the voice, Michael Jackson- the king of pop. When you hear Bob – honestly what do you think? I would hate for his messages of love, struggle, revolution  to come secondary or tertiary to weed.

In no way I’m  trying to undermine the importance of herb in Rastafari culture or deny the significance weed played in Bob’s life. I would  just like people to go beyond the Bob Marley + weed connection they have in their minds’. Get to know the man behind the name. 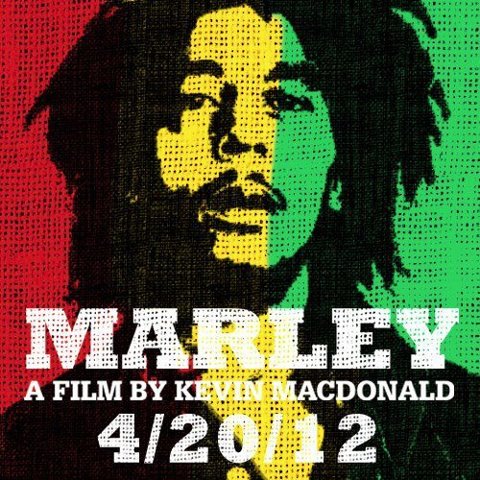 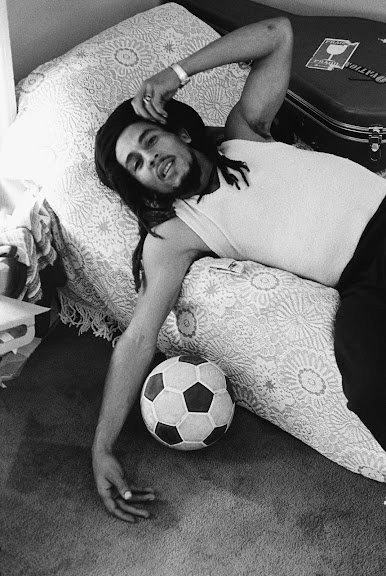 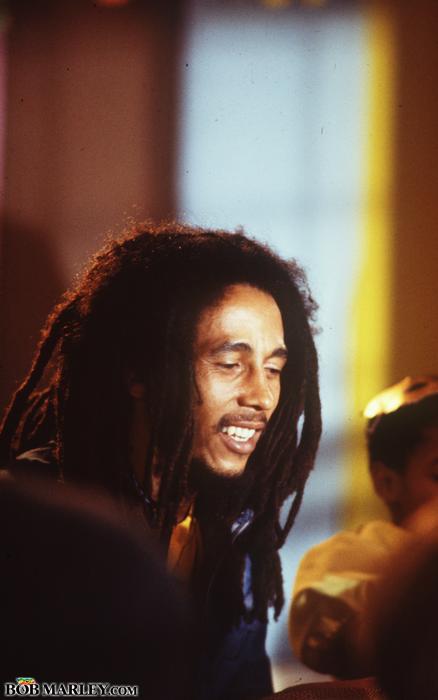